The caprines represent a very diverse range of species. They are popular zoo species which are relatively easy to cater for in captivity once their basic husbandry has been established. Although once popular and widespread in U. K. collections, they have enjoyed an even greater popularity in many other European zoos, a situation which continues today. During the late 1980s an 1990s there was a drop in their popularity in Britain and a reduction in keeping wild caprine species. In recent times, however, there seems to have been a turn-around and a renewed interest in keeping them, which has resulted in three species - Rocky Mountain goat, Japanese serow and Mishmi takin - producing their first U. K. breeding during 2006 alone. The realisation that many caprine species are becoming endangered and would benefit from captive-breeding programmes has accelerated that interest. Britain in particular seems to be moving towards a wider variety of species than has been the case historically. There are still a few collections holding Barbary sheep: It is unlikely that this species will become as commonly seen or as widespread in British collections as it once was, but we could see a move towards keeping subspecific groups instead, in accordance with recent EAZA recommendarions.

The European Captive Population of Crowned Sifaka: 25 Years of Management.

A European Endangered Species Program (EEP) was set up for the crowned sifaka (Propithecus coronatus) in 2007, and the European captive population was identified as a conservation priority for the species during the first technical meeting on its conservation in 2011. In this article I trace the history of the European population over 25 years of management, and report on the main problems encountered during this time: the lack of females, high mortality rates of infants, and the management, of surplus males. I also present general information on the demography and genetics of the captive population, as well the principle findings of studies on the biology of the species in captivity, including, particularly, observations on reproduction: number and duration of estrus, inter-estrus interval, detection of estrus by the change in behavior of both sexes, data on fertility by age in both sexes, age at first estrus and first birth, gestation length, body weight at birth, and interbirth interval. Records of the breeding success of each female and for each pair are summarized: number of offspring, infant mortality rate, age at first birth, specific management of each female/pair, and interbirth interval. I discuss the contribution of the European holders, including the Parc Zoologique de Paris, to the conservation of the crowned sifaka through their strong involvement in in situ projects, among them a metapopulation project recently initiated by the EEP. In this project, the European captive population is included in a global management plan for the species, in particular to contribute to the management of the smallest wild populations living in isolated fragments of forest. The educational activities developed by the European holders and then by the EEP increase awareness and knowledge of the species and facilitate fundraising for the in situ projects supported.

Reproduction and survivorship in Douc langurs. 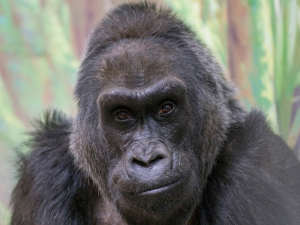