Herein is presented a list of the reptiles and anurans from the Parc National des Volcans (PNV)(01°43’ S, 29°52’ W), an area in the west and north provinces of the Republic of Rwanda in the Albertine Rift region of Africa.  Fieldwork was conducted between two and six days per week from June through August 2007 and 2008. We also conducted literature searches of all historical expeditions within the park for species records. Seventeen species of reptiles and anurans are recorded from the PNV. Nine of the species were anurans, distributed in five families: Arthroleptidae (3), Bufonidae (1), Hyperoliidae (3), Phrynobatrachidae (1), and Pipidae (1). Eight species of reptiles were recorded from five families: Chamaeleonidae (1), Lacertidae (2), Scincidae (2), Colubridae (2), and Viperidae (1). Eight of the seventeen species found in the PNV are endemic to the Albertine Rift.

Phenotypes, DNA, and measures of ecological differences are widely used in species delimitation. Although rarely defined in such studies, ecological divergence is almost always approximated using multivariate climatic data associated with sets of specimens (i.e., the “climatic niche”); the justification for this approach is that species-specific climatic envelopes act as surrogates for physiological tolerances. Using identical statistical procedures, we evaluated the usefulness and validity of the climate-as-proxy assumption by comparing performance of genetic (nDNA SNPs and mitochondrial DNA), phenotypic, and climatic data for objective species delimitation in the speckled rattlesnake (Crotalus mitchellii) complex. Ordination and clustering patterns were largely congruent among intrinsic (heritable) traits (nDNA, mtDNA, phenotype), and discordance is explained by biological processes(e.g., ontogeny, hybridization). In contrast, climatic data did not produce biologically meaningful clusters that were congruent with any intrinsic dataset, but rather corresponded to regional differences in atmospheric circulation and climate, indicating an absence of inherent taxonomic signal in these data. Surrogating climate for physiological tolerances adds artificial weight to evidence of species boundaries, as these data are irrelevant for that purpose. Based on the evidence from congruent clustering of intrinsic datasets, we recommend that three subspecies of C.mitchellii be recognized as species: C.angelensis,C.mitchellii, and C.Pyrrhus.

A preliminary analysis of phylogenetic relationships and biogeography of the dangerously venomous Carpet Vipers, Echis (Squamata, Serpentes, Viperidae) based on mitochondrial DNA sequences.

Phylogenetic analysis of 1117 bp of mitochondrial DNA sequences (731 bp of cytochrome b and 386 bp of 16S rRNA) indicate that Echis consists of four main clades: E. ocellatus, and the E. coloratus, E. pyramidum, and E. carinatus groups. In the E. coloratus group, E. coloratus itself shows substantial genetic divergence from E. omanensis, corroborating their separate species status. In the E. pyramidum clade, E. pyramidum from Egypt and E. leucogaster from West Africa are genetically very similar, even though samples are separated by 4000 km. South Arabian populations of the E. pyramidum group are much better differentiated from these and two species may be present, animals from Dhofar, southern Oman probably being referable to E. khosatzkii. In the E. carinatus group, specimens of E. carinatus sochureki and E. multisquamatus are very similar in their DNA. The phylogeny indicates that the split between the main groups of Echis was followed by separation of African and Arabian members of the E. pyramidum group, and of E. coloratus and E. omanensis. The last disjunction probably took place at the lowlands that run southwest of the North Oman mountains, which are likely to have been intermittently covered by marine incursions; they also separate the E. pyramidum and E. carinatus groups and several sister taxa of other reptiles. The E. carinatus group may have spread quite recently from North Oman into its very extensive southwest Asian range, and there appears to have been similar expansion of E. pyramidum (including E. leucogaster) in North Africa. Both these events are likely to be associated with the marked climatic changes of the Pleistocene or late Pliocene. Similar dramatic expansions have also recently occurred in three snake species in Iberia. 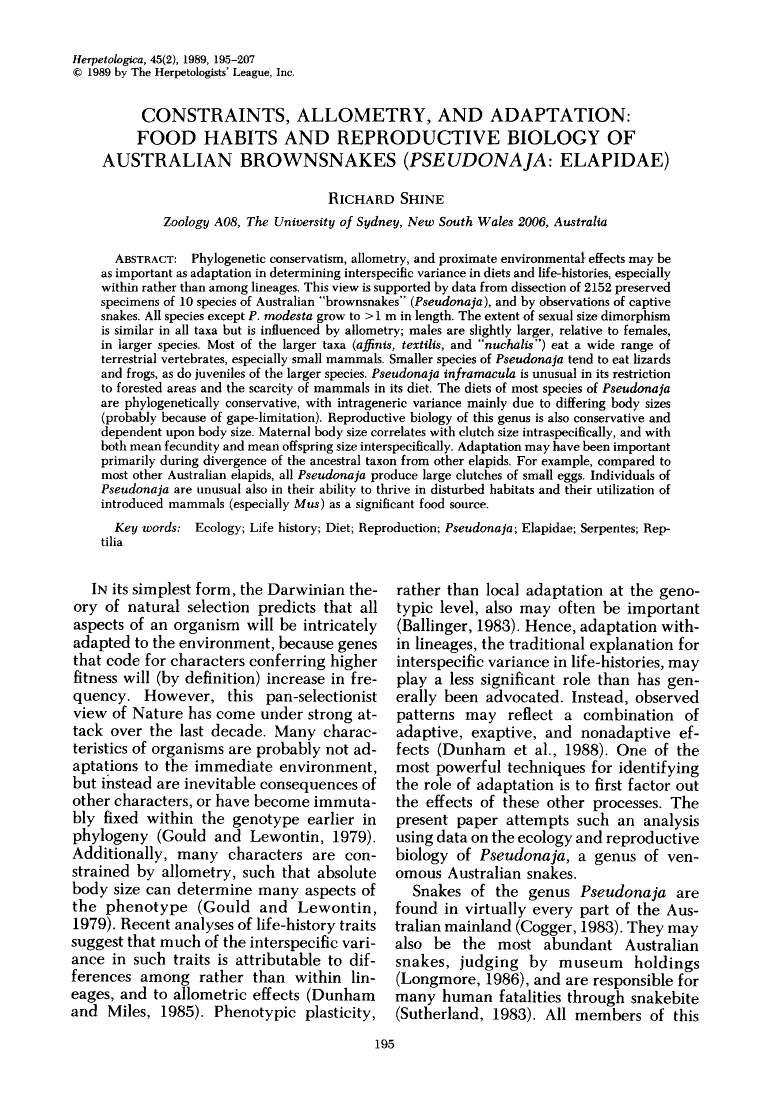 International Trade Status and Crisis for Snake Species in China.

In recent years, the purchase of snakes for leather, food, and traditional medicine has increased in China, which has greatly reduced certain snake populations. Trade records show that since the 1990s, with respect to some species of snakes, China is changing from a net export country to a net import country. We analyzed data on international trade in snake species, concentrating, in particular, on trade dynamics and species composition. The overall number of snakes exported appears to have decreased in the last 10 years. However, the number of snakes imported during this period has increased steadily. Many species of snakes that are traded in significant numbers are endangered or threatened species. To conserve snakes in China, we recommended that the Chinese government and the international conservation community take the following actions: enhance legislation and list several species in the Convention on International Trade in Endangered Species of Wild Fauna and Flora (CITES) appendices; register all snake farms in China; carry out population and market surveys; monitor the dynamics of trade; encourage biological research; encourage change in food habits; and enhance cooperation between Hong Kong and mainland China.